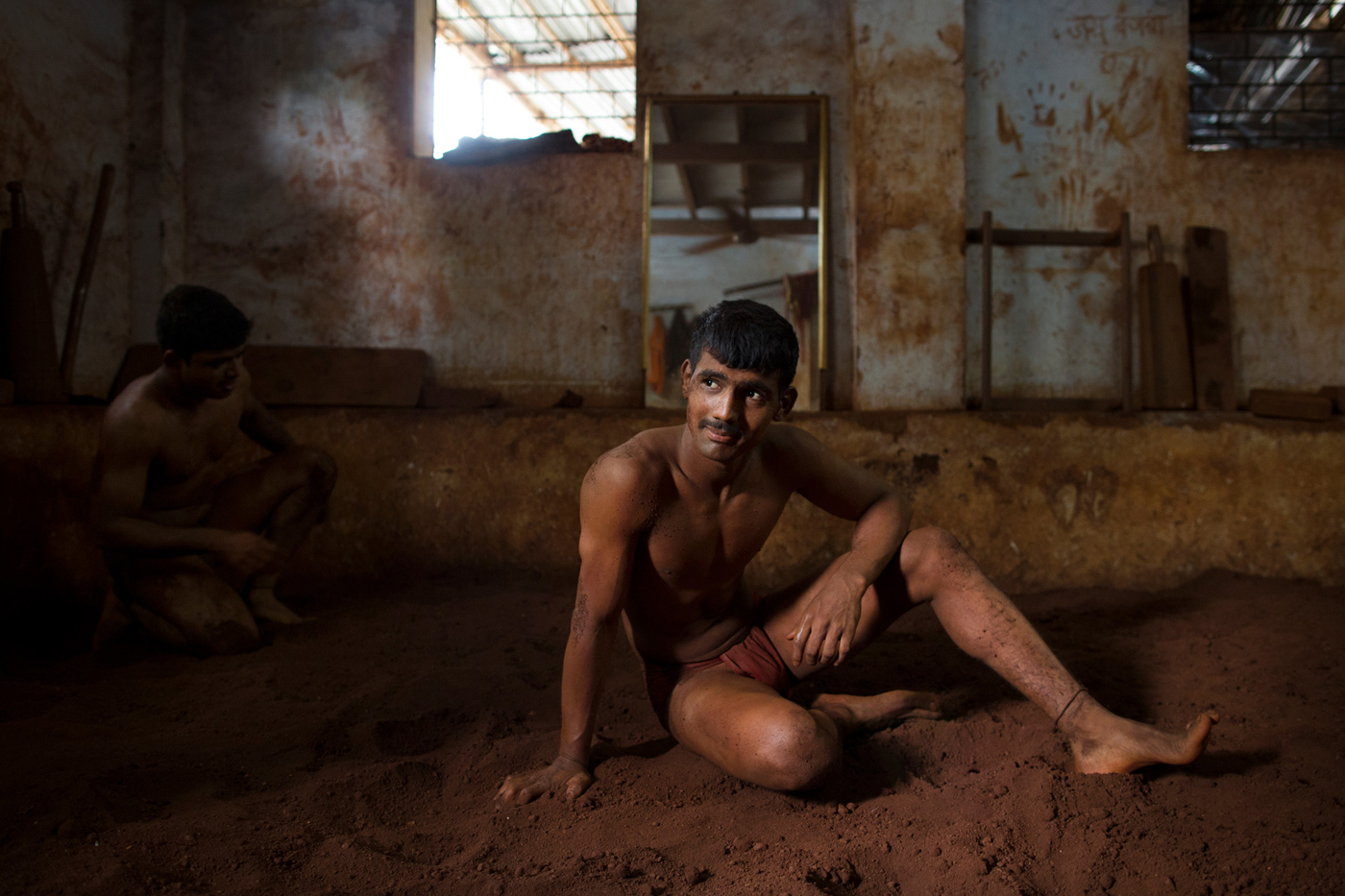 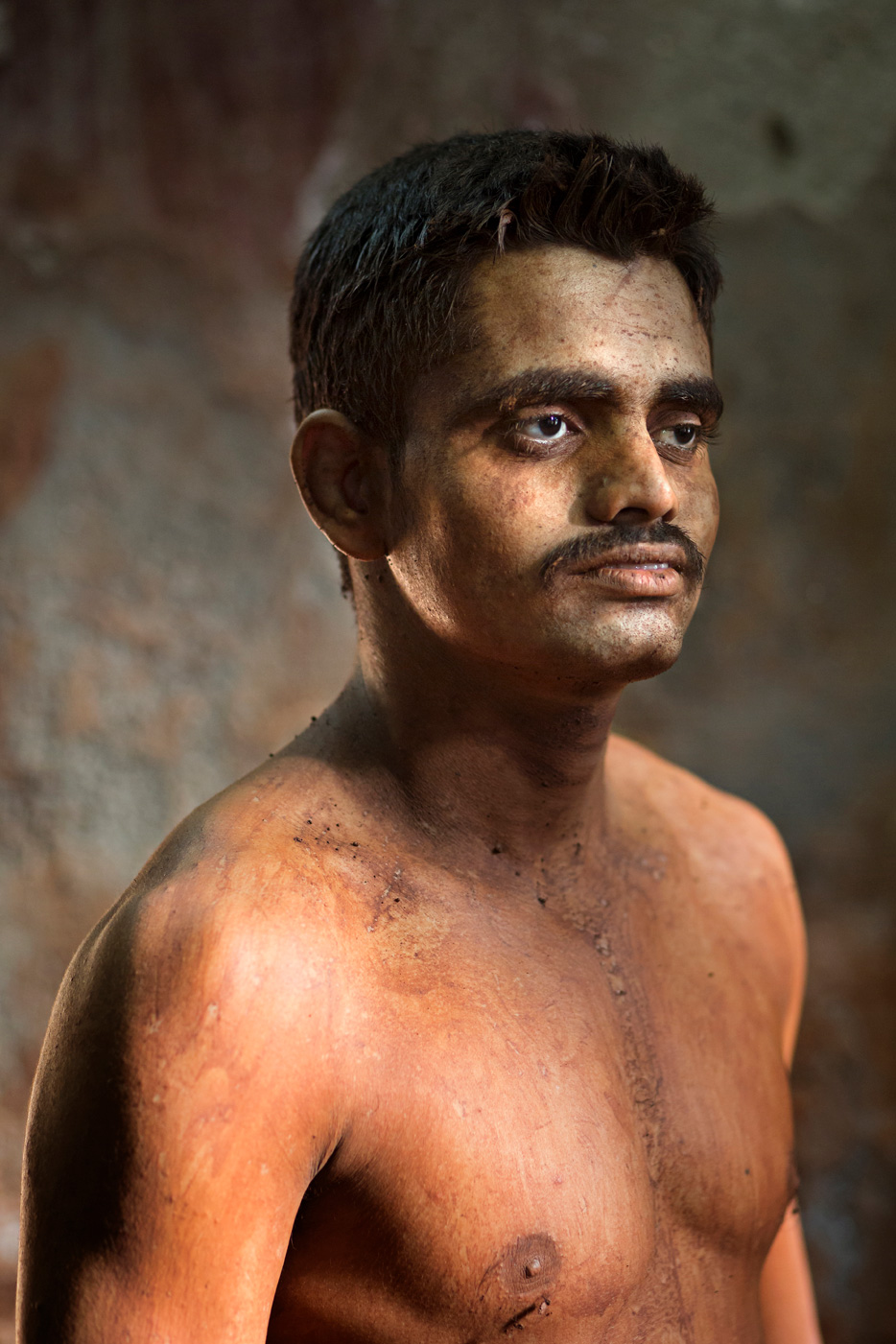 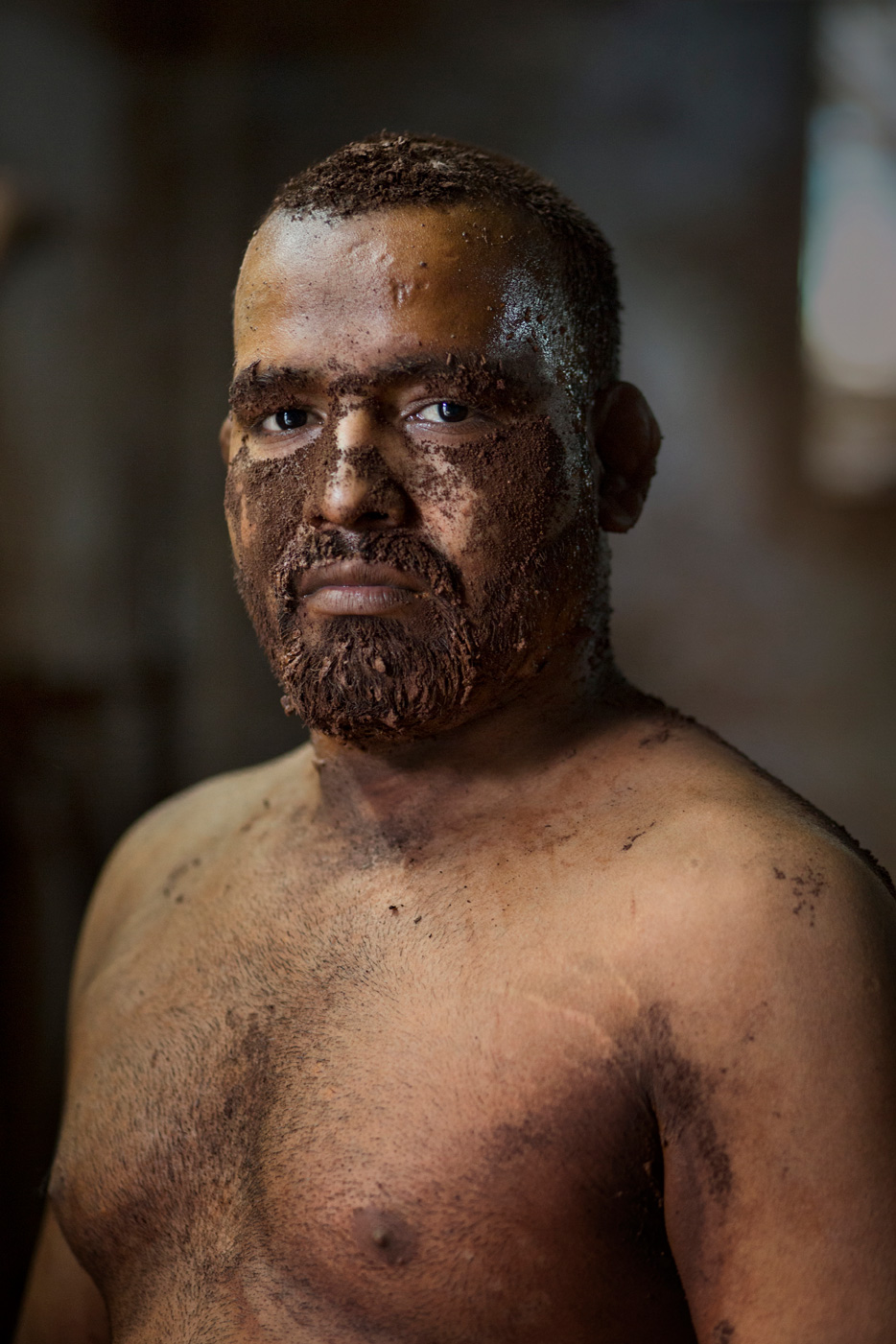 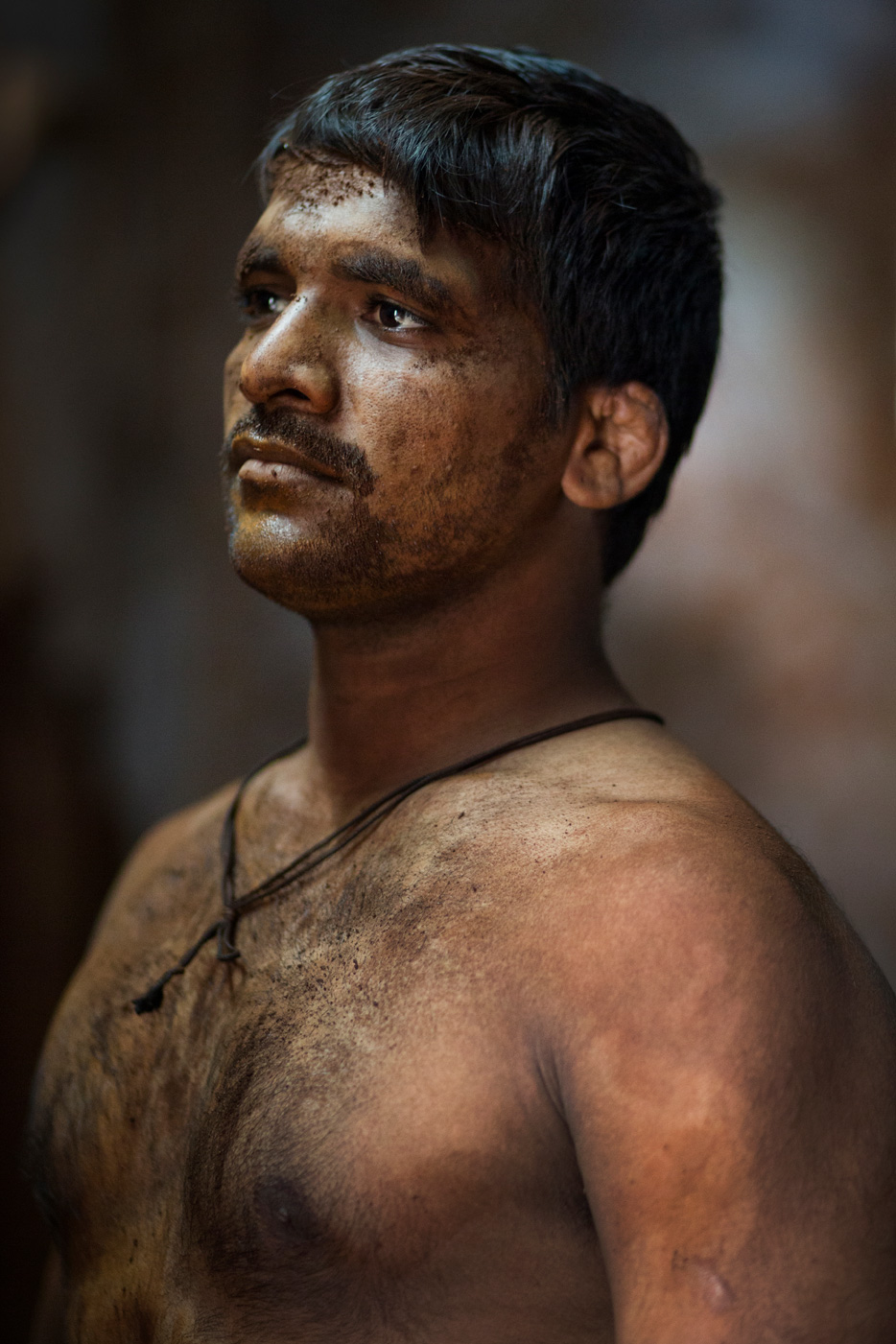 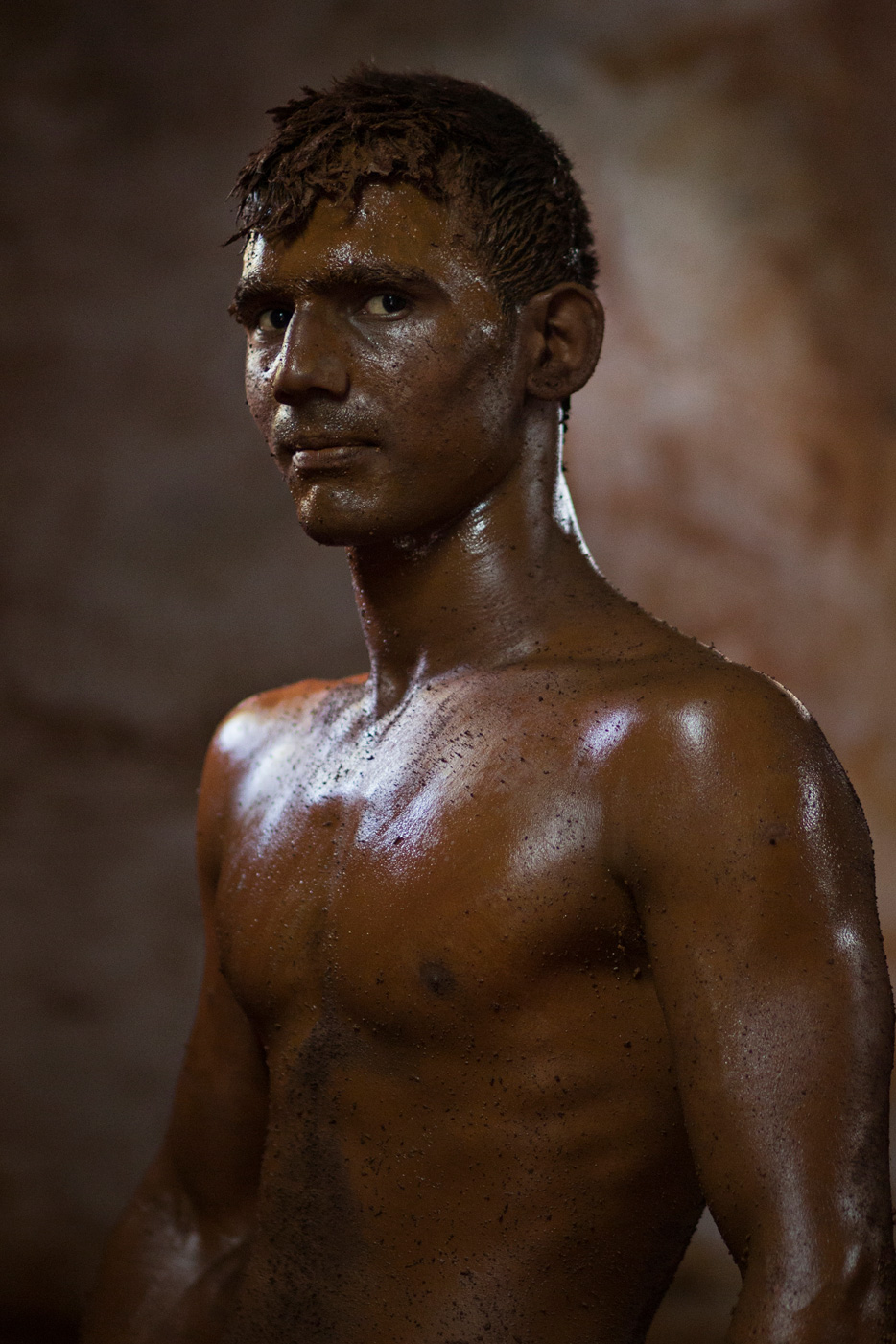 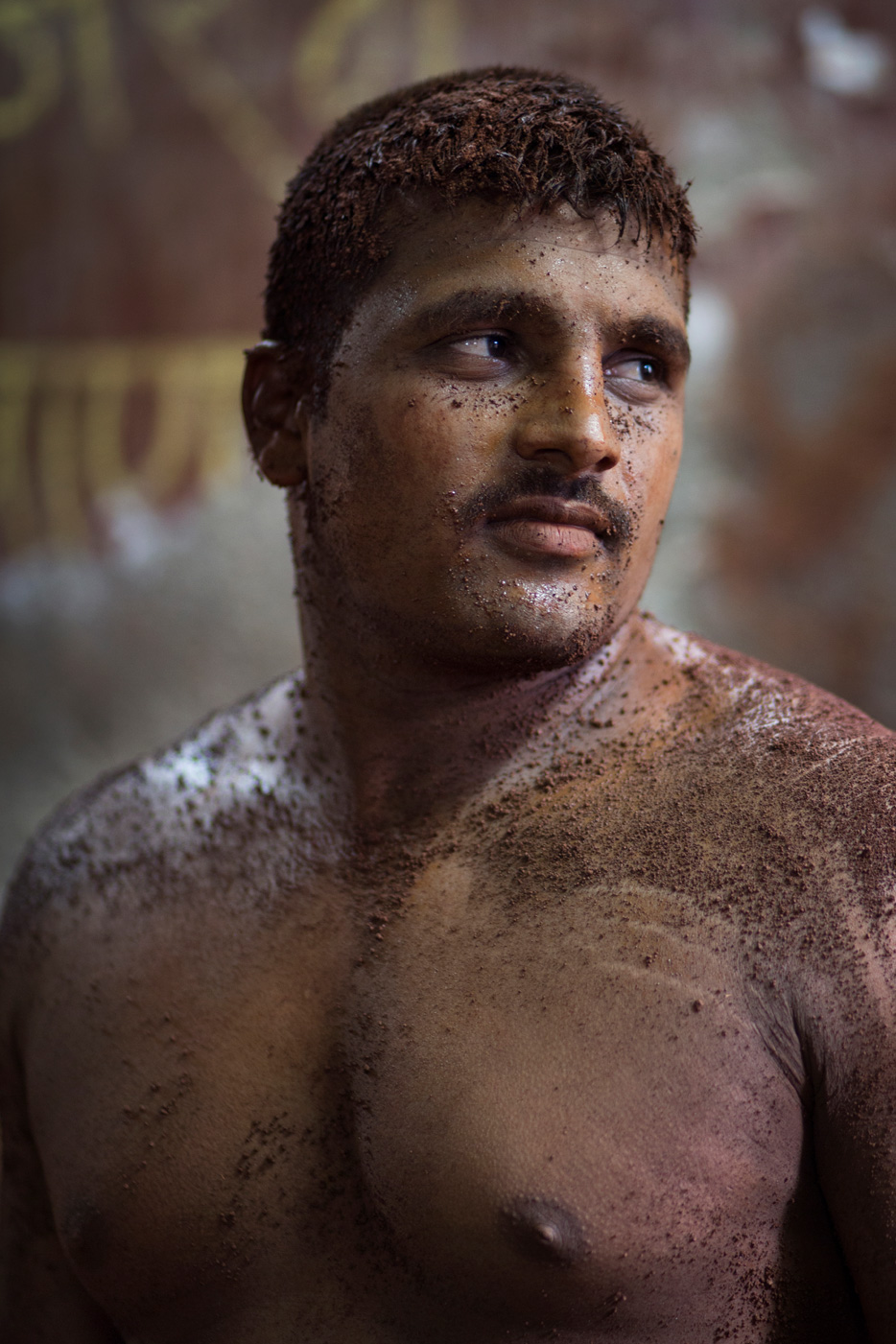 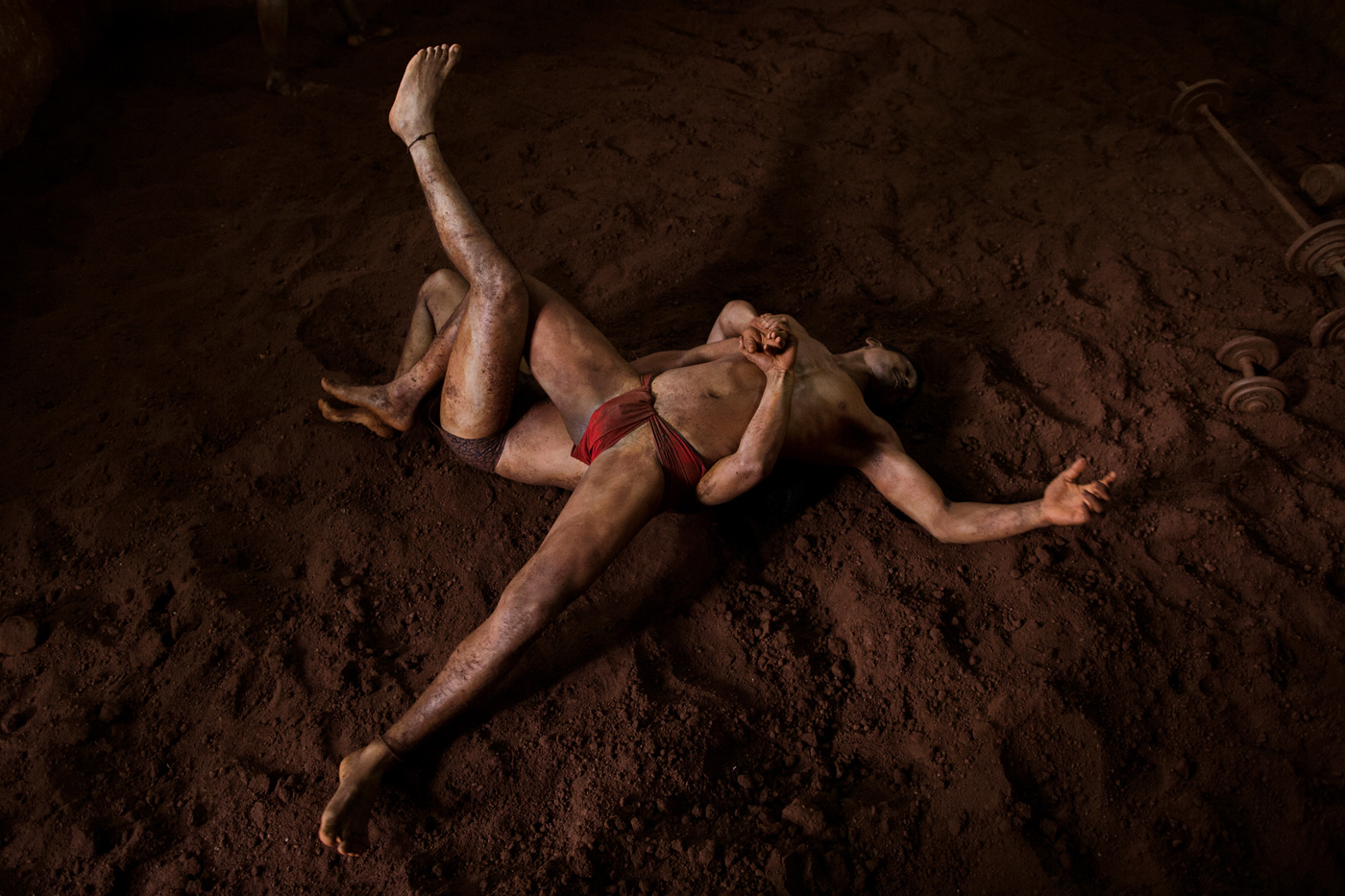 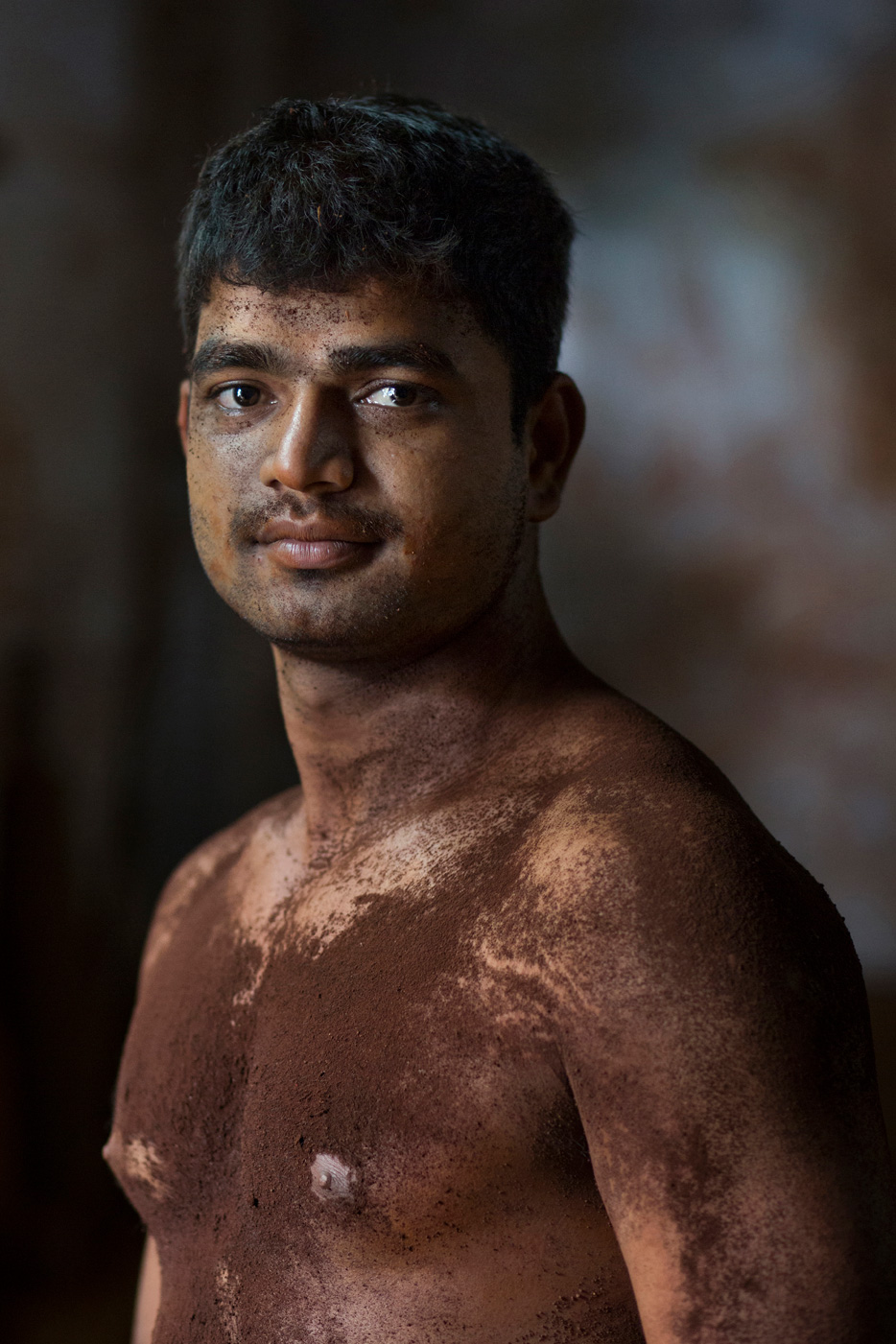 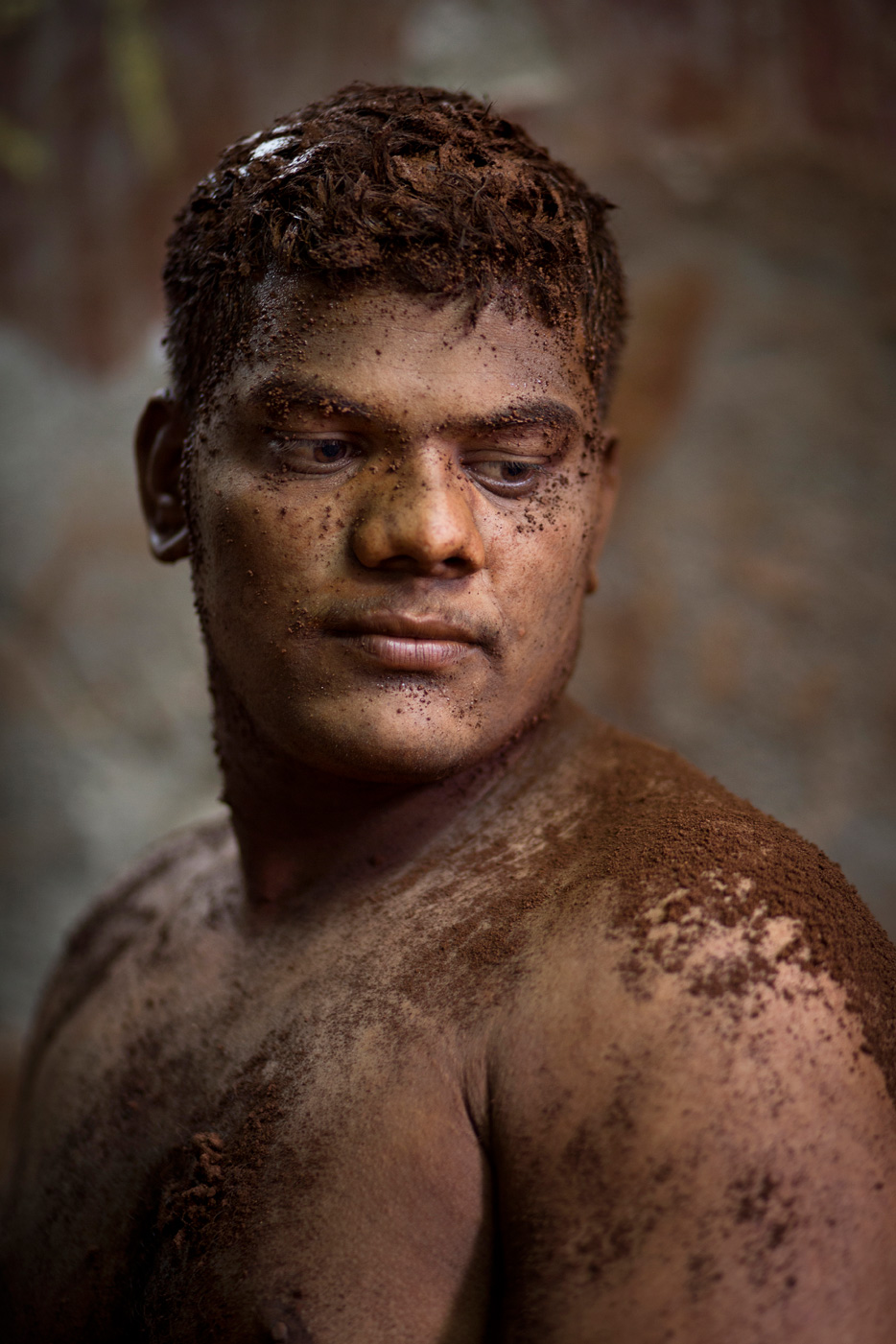 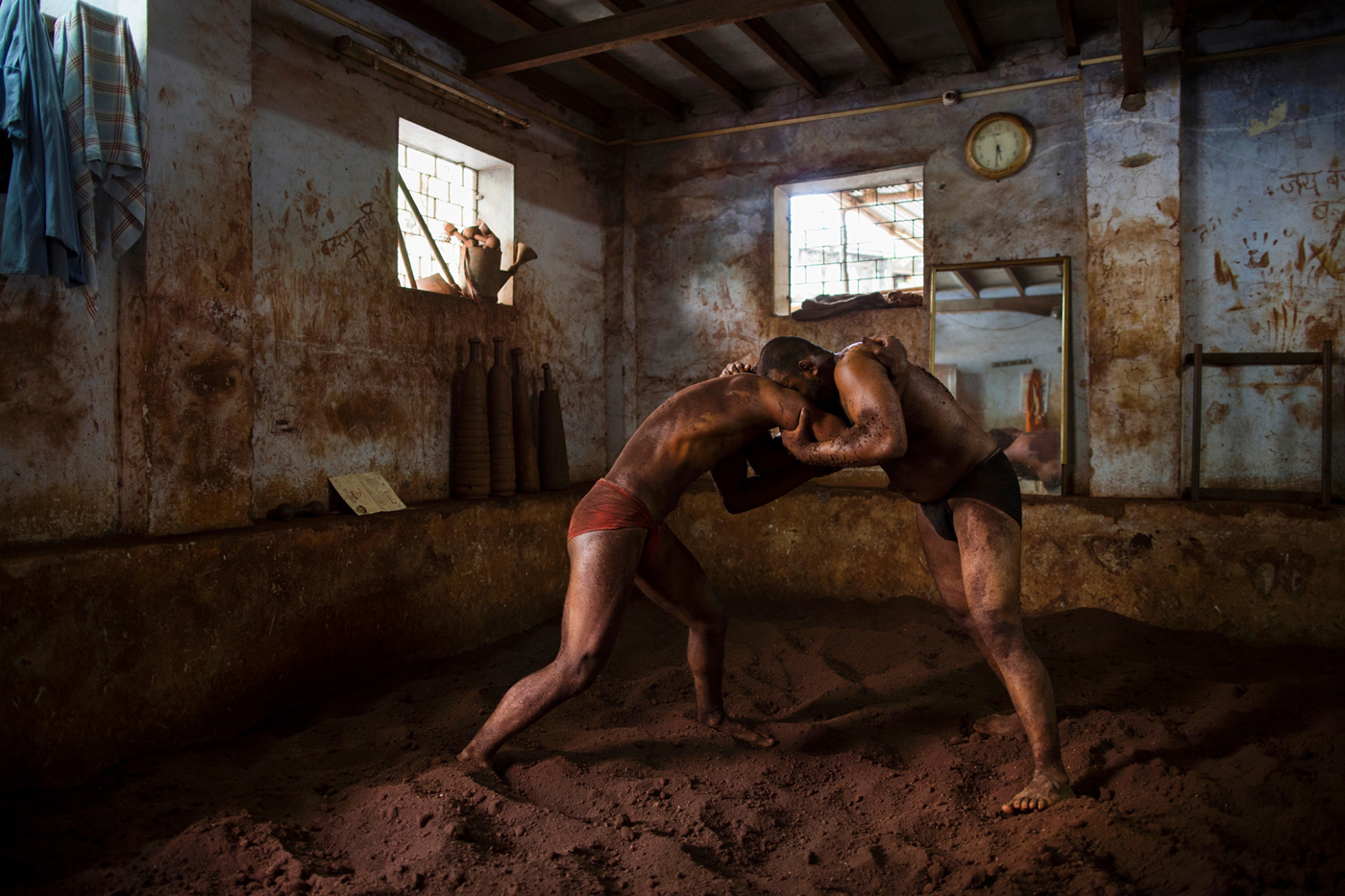 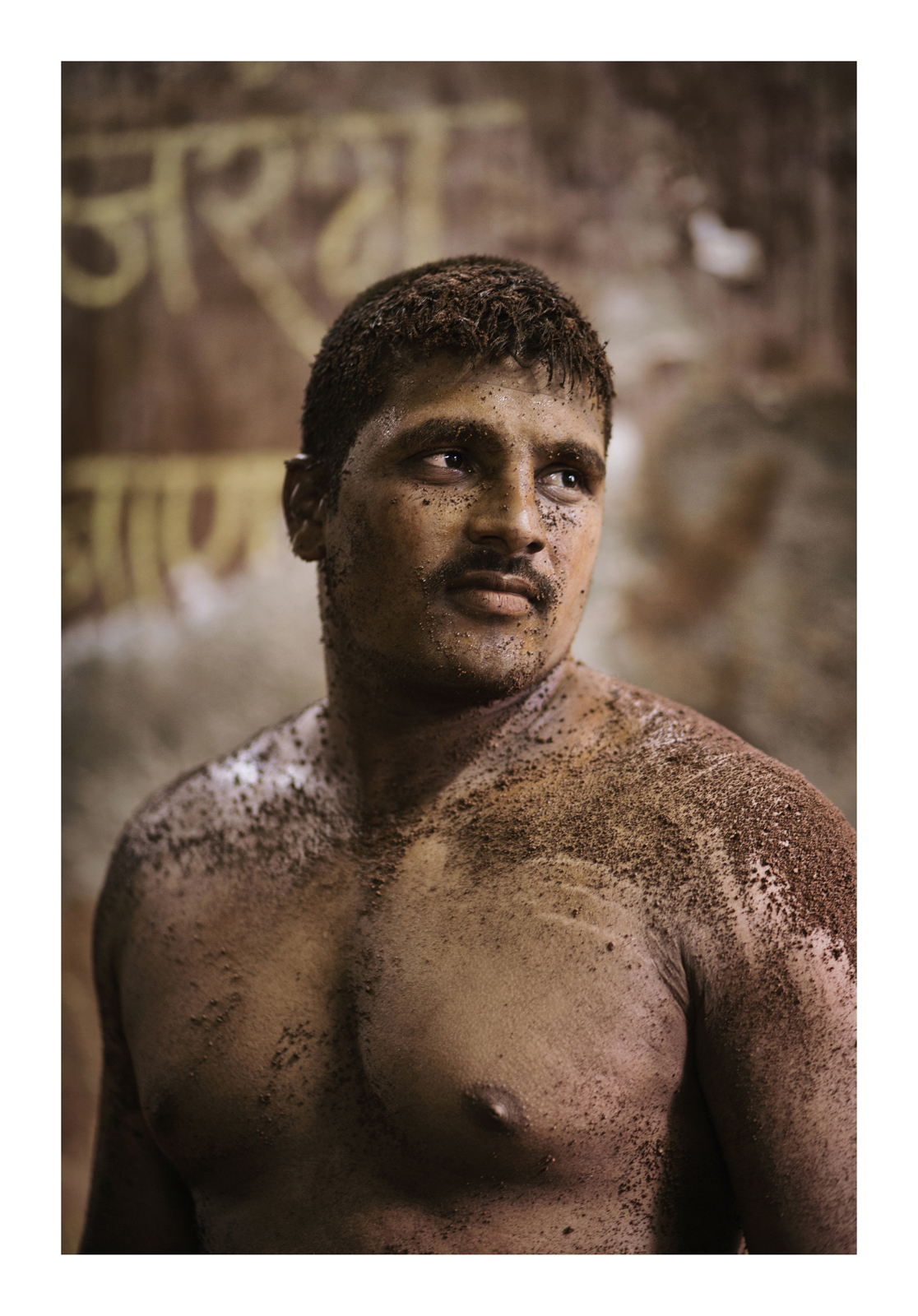 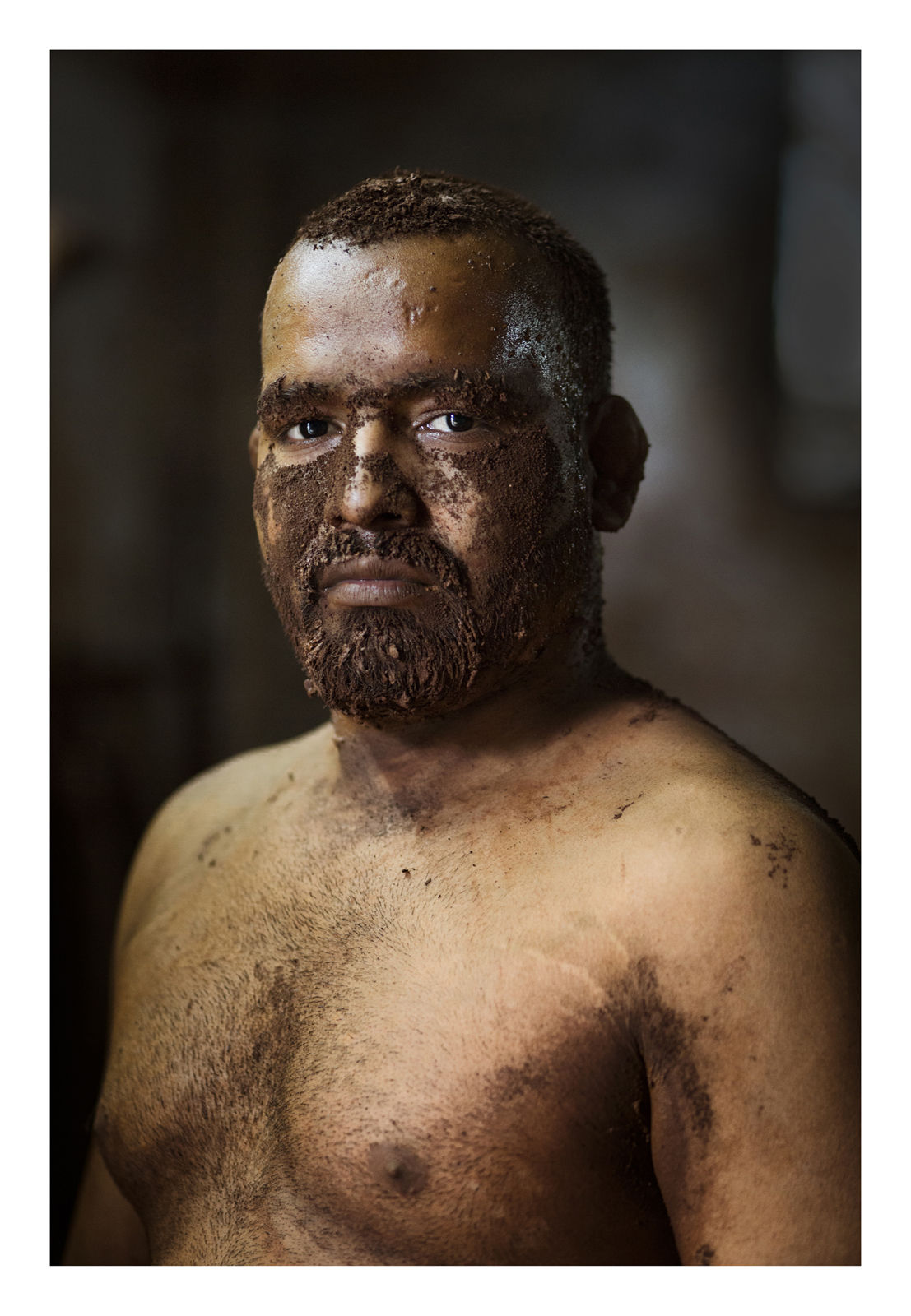 Kushti is an ancient and religious form of Indian wrestling dating back to the 16th Century. It’s not just a sport; it’s a subculture where the wrestlers train, cook, eat and live together.  Kushti wrestlers are asked to live a pure, disciplined and honest Life.  They exercise for 6 hours a day starting as early as 4am. Drinking, smoking and sex are not allowed and the wrestlers have to follow a very strict vegetarian diet.

Most of the wrestlers have a day job to pay for the cost of living. Kushti is still seen as a very honourable way of living but those who practise it have to keep on fighting for their presence in modern changing times.
Kushti wrestling is performed in a clay or dirt pit, the soil is a mixture of sand, medicinal herbs, oil, milk and butter (Ghee).  Used both as a blessing but also for absorbing the sweat, the wrestlers rub the sand on their and opponents bodies before, during and after the match.

Forty years ago Mumbai counted more than 200 akharas (wrestling gyms/ schools) some of them hosting more than hundreds of wrestlers. Because of the growing public interest in other national sports and too expensive transitions within the sports from wrestling on mud floors to a mat or a turf nowadays there are only 15 Akharas in Mumbai left. Those that are still there are fighting for their survival.

This function has been disabled for Janus van den Eijnden Photography.